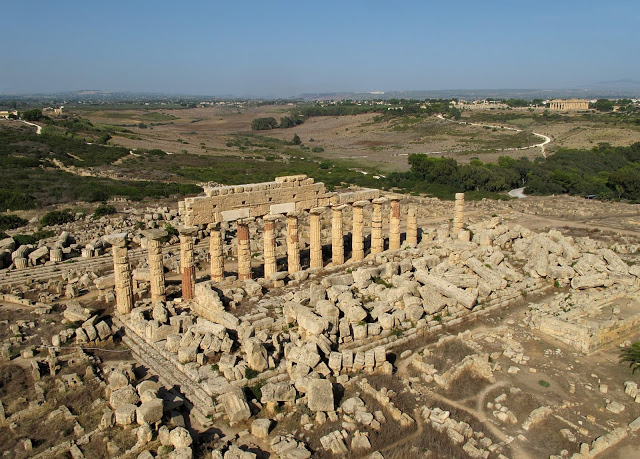 Toward an Archaeology of Cult in a Greek Colony in the West: New Excavations in the Main Urban Sanctuary of Selinunte

Lecture outline: Selinunte is one of the most important archaeological sites of the Greek period in Italy. The city was famous throughout the ancient world for the richness of its farmland and its monumental temples. It enjoyed a prosperous existence from the second half of the seventh century BCE through the end of the middle of the third century BCE, and its public spaces, temples, fortifications, and houses are remarkably well preserved. The excavations document the social history as well as the architectural and visual culture of an ancient city in unusually fine detail.

In this lecture Professor Marconi presents research from new excavations he has directed under the auspices of New York University. Of particular significance are the finds in the area around Temple R, built for a goddess c.580 BCE. This new research makes it possible to fully reconstruct, for the first time, the biography of a temple in Selinunte, and to reconstruct a significant part of the ritual activities in this area of the sanctuary. Professor Marconi was educated at the University of Rome La Sapienza and at the Scuola Normale Superiore in Pisa. His main research interests are ancient Greek and Roman art and archaeology, with a focus on Greek art and architecture of the Archaic and Classical periods. Since 2006, Professor Marconi directs the Institute of Fine Art–NYU’s excavations on the acropolis of Selinunte in Sicily.

Professor Marconi has published extensively on a very wide range of themes relating to Greek and Roman art and architecture.