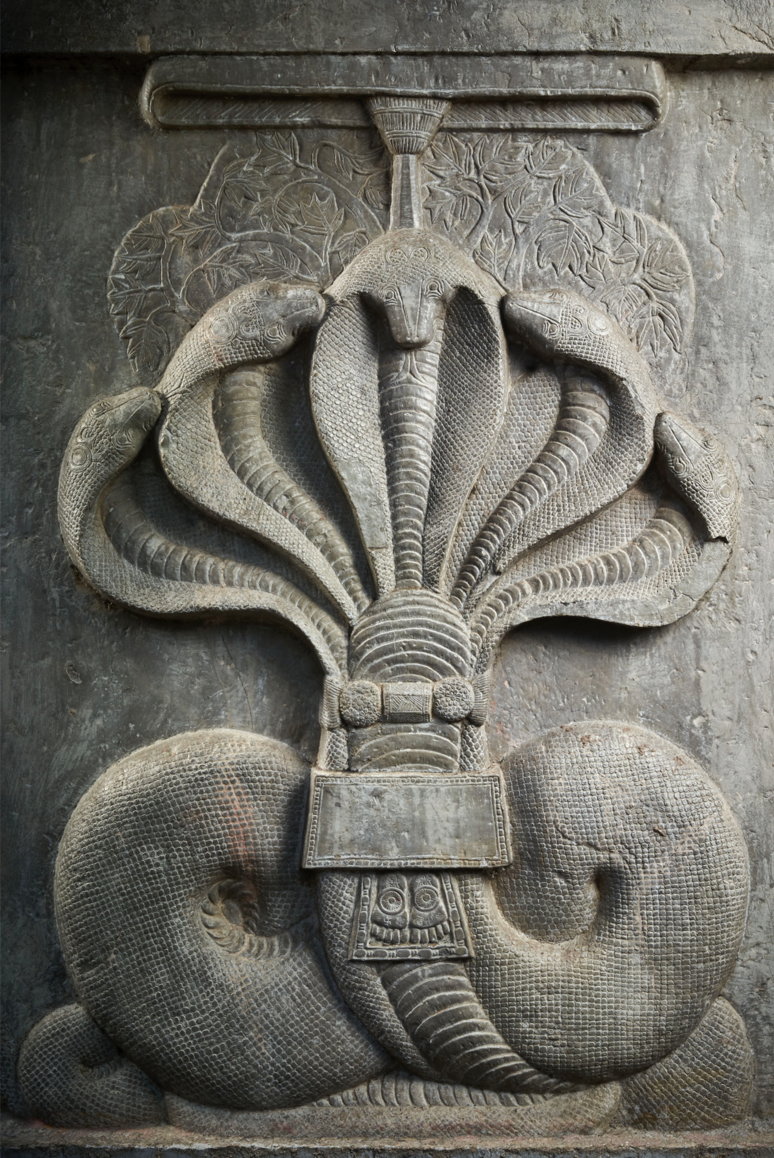 Curator John Guy provides a preview of the major exhibition Tree & Serpent: Buddhist Art in Early India, 200 BCE – 300 CE, to be held at The Metropolitan Museum of Art from 17 July to 3 December, 2023. This exhibition and publication will celebrate the lesser known Buddhist art of the Deccan – Andhradesa – as witnessed through the decorative programmes that adorned the earliest stupas. From at least the 2nd century BCE, stupas were employed as vehicles for spiritual guidance and popular education through their sculptural programmes. Both the stupa drum and the enclosure railing along with the monumental gateways served as strategic settings for this visual instruction.

These depictions celebrate the Buddha’s teachings through stories of the Buddha’s lives, past and present, the Buddha-presence being evoked through both symbolic and figurative imagery. Yet there is another presence, that of trees and snakes – the personifications of nature-spirit deities – that is so pervasive as to become a defining feature of the Buddhist art of the South. Using examples from the recently revealed relief panels at Kanaganahalli, along with numerous other stupa sites located along the Krishna river system – including Phanigiri – John Guy will show how tree and snake imagery was systematically appropriated into the artistic repertoire in the service of the early Buddhism. The textual foundations of these practices, signaled in contemporary inscriptions, show how these images were both reverential and protective. John Guy is the Florence and Herbert Irving Curator of the Arts of South and Southeast Asia at The Metropolitan Museum of Art, New York, an elected Fellow of the Society of Antiquaries, London (since 2003), and of the American Academy of Arts and Sciences (since 2016). He joined The Met in 2008, having formerly served as Senior Curator of South Asian art at the Victoria and Albert Museum, London for 24 years. He has worked on a number of archaeological excavations including maritime sites, and served as an advisor to UNESCO on historical sites in Southeast Asia.

John has curated and co-curated numerous international art exhibitions, including Chola, Sacred Bronzes of Southern India (Royal Academy, 2006), Temple Sculpture of India: The Art of Devotion (Barcelona, 2007), Shipwrecked: Tang Treasures and Monsoon Winds (Freer-Sackler D.C., 2010), Wonder of the Age: Master Painters of India (Met, 2011), and served as an advisor and contributing author to many more, including Gods of Angkor: Khmer Bronzes from the National Museum of Cambodia, (Freer-Sackler D.C. 2010), The World of Kubilai Khan: The Art of Mongol China (Met, 2010) and Agents of Faith: Votive Giving in Time and Place (Bard Graduate Center, NY, 2018),

He has published widely, with numerous articles and book chapters to his credit. His major publications include Indian Art and Connoisseurship: Essays in honour of Douglas Barrett (ed., 1995), Woven Cargoes: Indian Textiles in the East (1997), Vietnamese Ceramics: A Separate Tradition, (co-author 1997), Indian Temple Sculpture (2007), Interwoven Globe: Textile Trade 1500-1800 (2013), Lost Kingdoms: Hindu-Buddhist Sculpture of Early Southeast Asia (2014) and Art & Independence: Y.G. Srimati and the Indian Style (2019). He is presently preparing an international loan exhibition devoted to the early Buddhist art of southern India, to show at The Met from July to December 2023.

In person or on zoom – Limited seating available.
Registration is essential

Registration is essential. Click here to register via Eventbrite

School of Languages and Cultures (SLC)