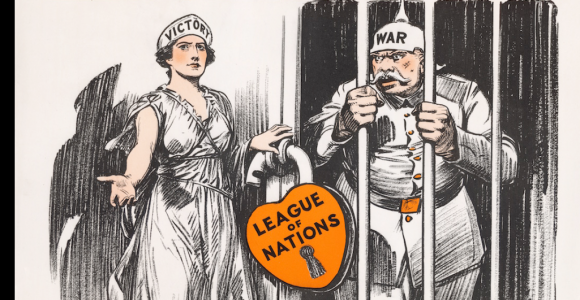 Remembering 1919 and the origins of the International Economic Order

100 years ago, the Treaty of Versailles was signed in the glittering Hall of Mirrors, outlining the peace settlements of the First World War. Among its legacies was the foundations of an international economic order— multilateral trading, liberalised finance, new global governance institutions and American ascendency. 1919  also harboured great inequities, especially for Germany and Soviet Russia, and fostered nationalism, militarism and extremism that led to a Great Depression and Second World War.

On the anniversary of the peace of 1919, four young economic historians reflect on the lasting legacies of 1919 and put the challenges of the present in sharp relief. Our world in 2019 is very different from 1919. Empires have declined and new planetary threats in the form of climate change and infectious disease, and AI are shaping the future international order. There are eerie similarities, from economic inequality, to the uncertain status of the United States and Europe and struggles to accommodate a new power – now China. These are  threatening isolationism, xenophobia and extremist nationalism. This symposium, discusses 1919’s legacies for economic nationalism, the economics profession, the role of international economic institutions and European integration today. Not to be missed.

Social Sciences Building A02
Science Road, The University of Sydney