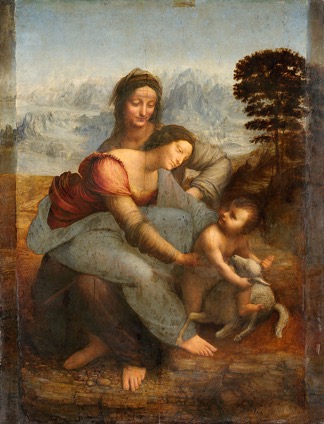 Critical Antiquities Network Inaugural Public Lecture – The Body Politics of Refusal: the Bacchae and the Antigone, with Cavarero

The Body Politics of Refusal:
the Bacchae and the Antigone, with Cavarero

Featured Speakers: Bonnie Honig, with a response by Ben Brown

“Where’s your spine?” we often say to those who seem to lack moral ‘backbone.’ How do such vertical metaphors limit and drive our imagination of refusal? Drawing on Adriana Cavarero’s work, Inclination, this lecture develops a postural analysis of refusal in the Antigone, the Bacchae, Thoreau’s “Walking”, and Leonardo da Vinci’s painting of the Madonna. Cavarero promotes inclination (the leaning in posture of maternal care) as the preferred posture for her ethics and politics. This lecture pluralizes the feminist subject position of inclination to include sorority, as well, and argues that the refusals we find in maternal and sororal care express not only love but rage and promise not only the holding of community but also the dismemberment of revolution/new beginning

Bonnie Honig is Nancy Duke Lewis Professor of Modern Culture and Media (MCM) and Political Science at Brown University, and (by courtesy) Religious Studies (RS) and Theater and Performance Studies (TAPS). She is author of Political Theory and the Displacement of Politics (Cornell, 1993, Scripps Prize for best first book), Democracy and the Foreigner (Princeton, 2001), Emergency Politics: Paradox, Law, Democracy (Princeton, 2009, David Easton Prize), Antigone, Interrupted. (Cambridge University Press, 2013) and Public Things: Democracy in Disrepair (Fordham, 2017). She has edited or co-edited several collections, including Feminist Interpretations of Hannah Arendt (Penn State, 1995) and Politics, Theory, and Film: Critical Encounters with Lars von Trier (Oxford, 2016).  Her articles have appeared in Arethusa (Okin-Young Prize for best article in feminist theory), New Literary History, Political Theory, theory&event, Social Text, differences, the American Political Science Review, and more.  She is currently writing a book based on her 2017 Flexner Lectures, titled: “Give me glory” – Feminism and the Politics of Refusal (Harvard University Press). Her most recent publication is “12 Angry Men: Care for the Agon and the Varieties of Masculine Experience,” Theory&Event 2019.  In 2017-18 she served as the Inaugural Cranor Phi Beta Kappa Scholar, and she is currently an affiliate of the Digital Democracy Group at Simon Fraser University.

Ben Brown is Lecturer in Classics and Ancient History at the University of Sydney. Working at the intersection of contemporary theory, ancient history and classical studies, he is founding co-director of the Critical Antiquities Network at the University of Sydney and author of The Mirror of Epic. The Iliad and History, (APP 2016). He is currently working on a book titled Figures on Autonomy in Ancient Greece, examining the parallel emergence of law, selfhood, the historical past and ‘value’ from Homer to Thucydides.

The Critical Antiquities Network at the University of Sydney, co-directed by Ben Brown and Tristan Bradshaw, connects scholars working at the intersection of ancient traditions and contemporary critical theory. Beginning in March, 2020, the Network will also be launching a monthly workshop to run during the academic year.

For more information please contact:
E | benjamin.brown@sydney.edu.au
E | tristan.bradshaw@sydney.edu.au
Hosted by the Critical Antiquities Network and the Department of Classics and Ancient History, University of Sydney.