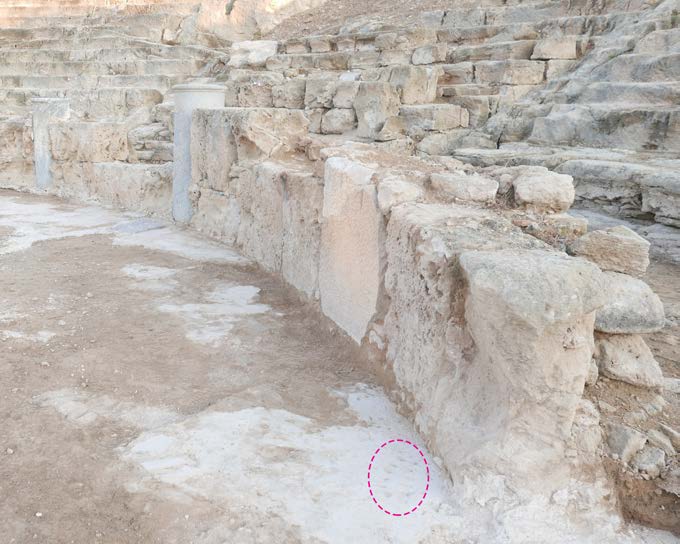 Candice Richards | The University of Sydney

Playing Games at the Paphos Theatre

The theatre precinct of Nea Paphos Cyprus was a hub of activity in the late antique period. Following the destructive earthquake(s) of the late fourth century, the theatre closed as an entertainment venue before becoming an active quarry site. Excavations by the University of Sydney’s Paphos Theatre Archaeological Project (PTAP) have increasingly focussed on not only the theatre and its Hellenistic and Roman forms, but also the urban precinct adjacent to the theatre and the industries that utilised the site in later centuries. These excavations have uncovered five graffiti game boards spread across the theatrical and non-theatrical buildings of the area. This  paper will explore these game boards and their individual contexts before turning to gameboards found across Cyprus and the archaeology of graffiti games in the Roman Eastern Mediterranean more broadly. It is our hypothesis that the PTAP graffiti boards are the games of the Theatre’s quarrymen, active between the fourth and seventh centuries CE.

Candace Richards is the Assistant Curator, Nicholson Collection at the Chau Chak Wing Museum and a PhD candidate in the Department of Archaeology. Her PhD research focusses on new archaeological approaches to the reuse and recycling of architecture and aims to understand the practicalities and motivation for architectural reuse in Nea Paphos from its foundation in the Hellenistic period to the modern day reception of the town’s antiquity. Her 2019 fieldwork season was most gratefully supported by NEAF through the Leone Crawford Travel Grant.