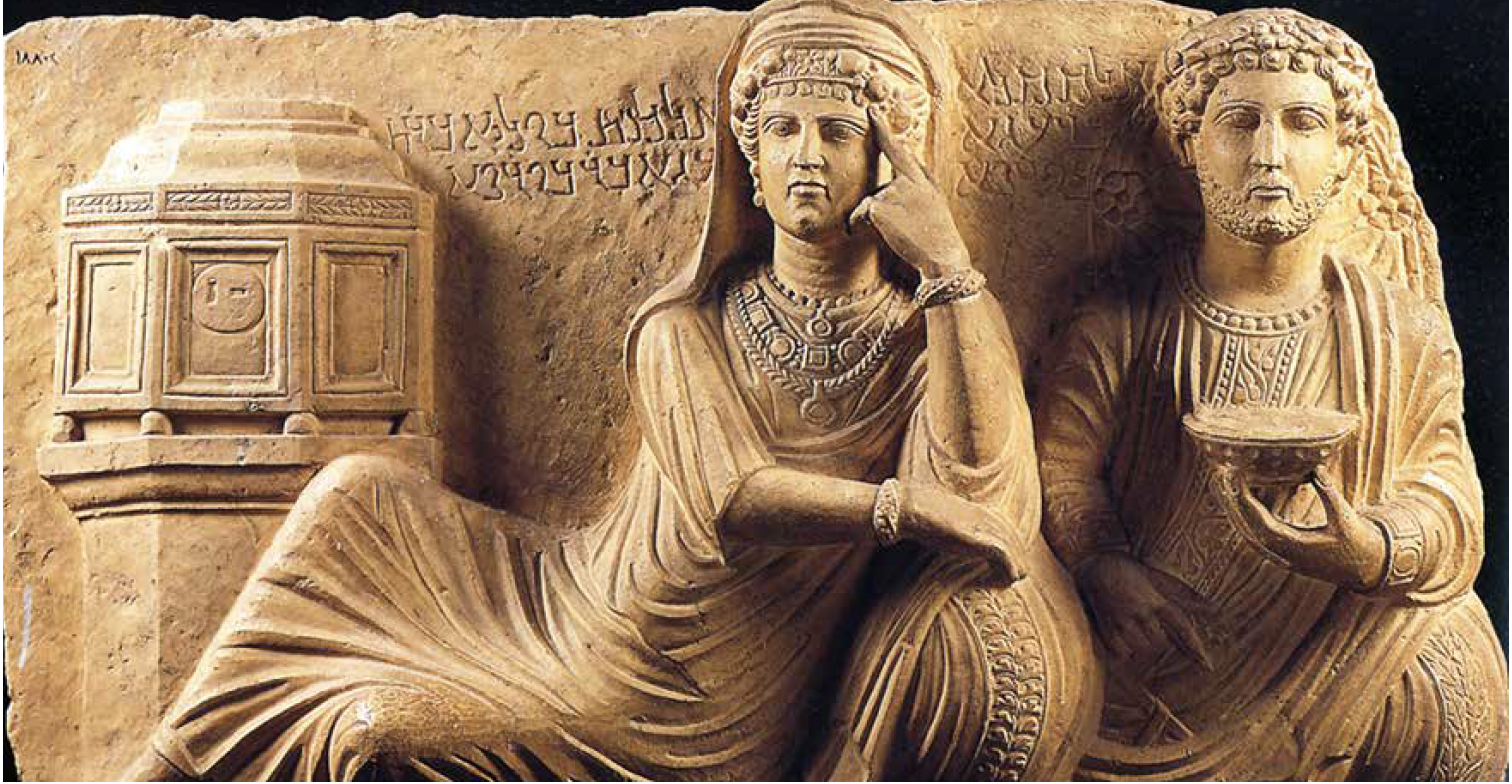 From First Cities to Urban Life in the Age of Empires

The first large urban centres appear in eastern Syria beyond the Euphrates (the Jezira) in the late 5th Millennium BCE, typified by the 100ha site of Tell Brak, and spread rapidly in the 4th and 3rd Millennia BCE along the Tigris and Euphrates valleys, exemplified by the mightiest ‘kranzhugel’ (ring or wheel) city of Mari.

Walled cities came relatively late to the open plains of western Syria, but when urban life intensified, it took a decidedly local form, as at Ebla, the capital of the first distinctively ‘Syrian’ kingdom. Syrian Early Bronze Age prosperity was undermined by centuries of warfare with the Iraqi empires of Akkad and Ur II, and climate collapse at the end of the millennium.

In the first half of the 2nd Millennium BCE, the key urban centres were situated further westwards, with Aleppo and Qatna becoming the capital foci of the two largest kingdoms, although Mari and Ebla remained important. As Syria became the battleground of Hittite Anatolian and Egyptian New Kingdom imperial ambitions, coastal centres such as Ugarit became ever more valuable to the trading empires of the later 2nd Millennium BCE, but all was brought to a shuddering halt by the Sea Peoples incursions at
the end of the Bronze Age.

New centres grew up across Syria in the 1st Millennium BCE, typified by the Neo-Hittite states of Tayinat in the Amuq, Hama on the Orontes, Carchemish on the Euphrates and Tell Halaf in the Jezira. These flourishing centres fell one by one to the expanding Neo-Assyrian empire, subsuming all into the first of what became a succession of imperial states occupying Syria in the Persian, Hellenistic and Roman periods to come.

Heartland of Cities
Rightly or wrongly, ‘civilization’ has been equated with life in cities, from the outset of the urban age in the Fourth Millennium BCE through to the modern hyper-urbanised megalopoli of today. The first complex urban lifeways arose in Sumerian Mesopotamia, sometime around the turn of the Fifth/Fourth Millennia BCE. From here city life spread rapidly north into Syria over the course of the Fourth Millennium BCE, before coming of age in the interconnected world of the East Mediterranean basin in the Third/Second Millennia BCE and beyond.

Studying urban life through the ages in its Syrian heartland is to encapsulate the changing experience of city living across the entire Mediterranean world. Understanding the significance of this ‘urban revolution’ in human history is best viewed via the comparative study of city life from its starting point in deep prehistory, via the mud-brick walled towns of the Bronze Age, and the columned monumentality of the Greco-Roman city, to the subtle refocusing of attention and activity in the Christian and Islamic periods, that together come to shape the urban world we live in today.

These e-lectures will be delivered via Zoom, and will begin around 10am and last for approximately two hours. It is anticipated that after a short introduction, each day’s presentation will be broken into two 45-minute lecture-sessions, with time for questions after each, along with a ten-minute coffee-break between the two sessions, making up a total of approximately two-hours zoom-time for each individual study day.

Other speakers and dates for the series