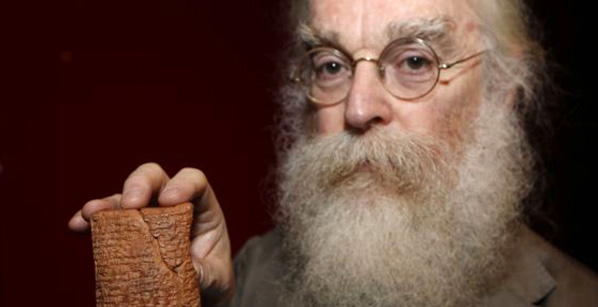 Ancient Mesopotamia was a world in which no one questioned the existence of ghosts, but regarded them with sympathy, and often tried to help. These extraordinary voices echo through the cuneiform tablets that occupy Irving’s days in the British Museum, in which ghosts appear as a fully formed concept. The whole panoply of ghost belief, that is theory, explanation, manifestations, ritual and procedure was already in place by at least 2000 BCE. The system of belief in spirits spills into existence at this time, so much so that virtually every feature of contemporary belief about ghosts was anticipated at that point. This was a complex literary society that in many crucial ways was like our own today, populated by people who are very like us.

Irving Finkel is Assistant Keeper of the department of the Middle East at the British Museum in London and has been a cuneiform tablet curator since 1979. He holds his degrees from the University of Birmingham, England, and is especially interested in ancient magic and medicine, all aspects of ancient cuneiform literature, and the history of the world’s board games. His recent publications include The Ark Before Noah: Decoding the Story of the Flood (2014) and The Writing in the Stone (2017). His new book The First Ghosts is nearly finished for publication in 2020.