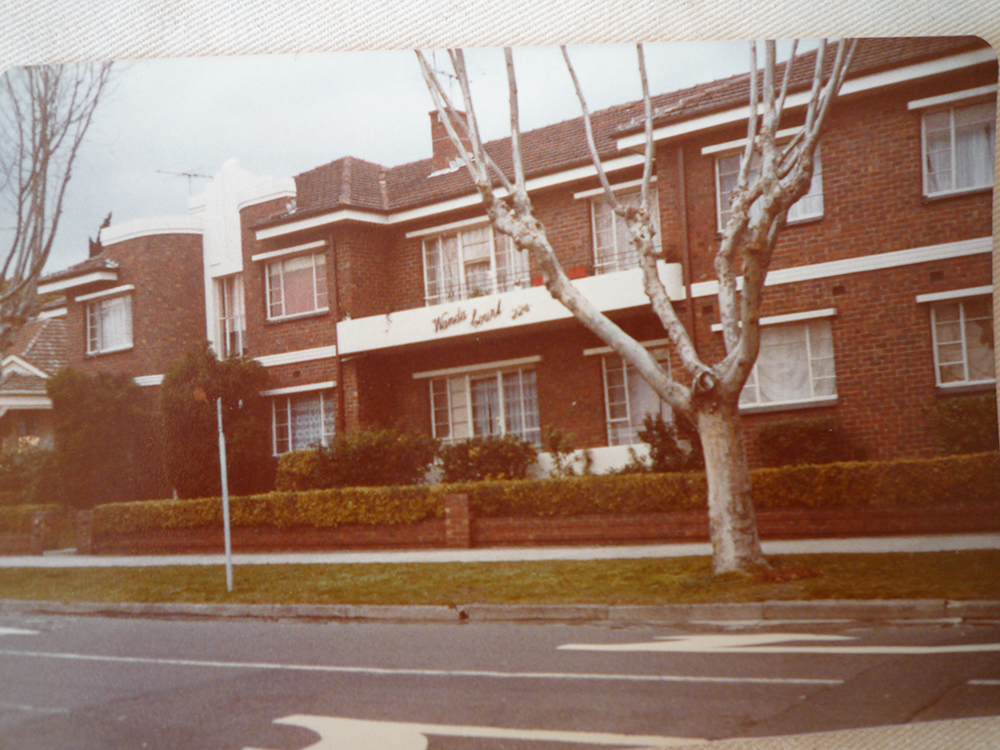 ’Wanda Court’: a historical ethnography of a Melbourne block of flats in the 1940s and ‘50s

Real Australians didn’t live in flats in the 1940s. My family did because we were leftwing intellectuals averse to suburbia.  But almost all the other residents of the six flats comprising ‘Wanda Court’ (on the unfashionable edge of fashionable Toorak in Melbourne’s south-east) were Jewish refugees newly arrived from Europe. This was the case in many blocks of flats in Melbourne at the time, when the centre of gravity of the Jewish community was definitively shifting from Carlton (lodging houses) to St Kilda and the eastern suburbs (small blocks of flats). In this paper, based on oral histories as well as my own memory and municipal and electoral records, I trace the different paths by which Wanda Court’s residents arrived in Australia, their connections in Melbourne, and the uneasy multilingual relations that evolved in the flats themselves.
Biography: Sheila Fitzpatrick is one of the world’s preeminent historians of modern Russia. She is the author of seminal works on the Russian Revolution and Stalinism, including On Stalin’s Team: Living Dangerously in Soviet Politics (Princeton, 2015). More recently, she has added a transnational dimension to her research, publishing Mischka’s War: A European Odyssey of the 1940s (Melbourne University Press, 2017) and White Russians, Red Peril: A Cold War History of Migration to Australia (La Trobe, 2021).

Where
On Zoom. An invitation will be sent to everyone registered for the seminar series on the day before the event.