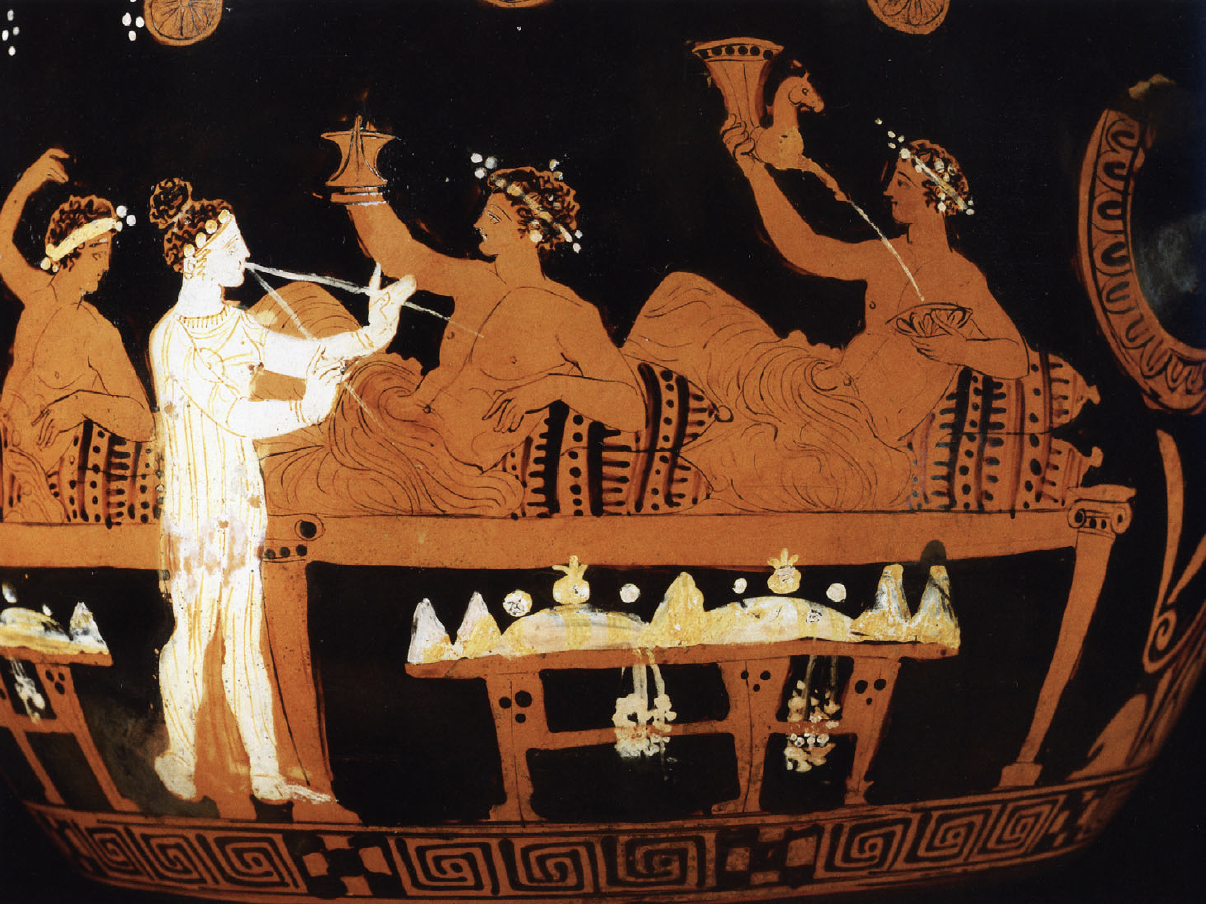 Classical Archaeology seminar | A Matter of Practice: The Social Etiquette of Drinking with Animal-protome Vessels

A Matter of Practice: The Social Etiquette of Drinking with Animal-protome Vessels

Animal-head vessels and animal-protome vessels in the Western satrapies of the Persian Empire were synonymous, it seems, with Persian culture. When equipped with a secondary opening animal-protome functioned as rhyta, vessels through which liquid could be poured. Precisely how such vessels were used in a Persian context and when they came into fashion in Persian high culture is not yet clear. Certainly the imagery in the western empire shows a practice of pouring from an animal-protome rhyton into a drinking bowl. In Athens, there is evidence that the animal protome rhyton was known in metal and copied in ceramic. Yet it seems that some who adopted the vessel developed their own socially deviant use. Whether it was in deliberate or ignorant opposition to Persian drinking etiquette can only be guessed.

Professor Margaret Miller is the Arthur and Renee George Professor of Classical Archaeology Department of Archaeology. She publishes widely on cultural relations between first millennium BC Greece, Anatolia and the ancient Near East, especially relations within and with the Persian Empire. She has a long-standing interest in the exploitation of archaeology as a tool of social history, whether Greek drama or domestic life. Professor Miller’s fieldwork project focuses on the Geometric settlement of Zagora on the Cycladic island of Andros.

On the big screen in the CCANESA Boardroom and streaming via zoom.

Please email specifying whether you wish to attend in person – limited numbers only are available.Brett Myers
brett.myers@sydney.edu.au

Everyone is welcome to attend the Classical Archaeology Seminar Series.