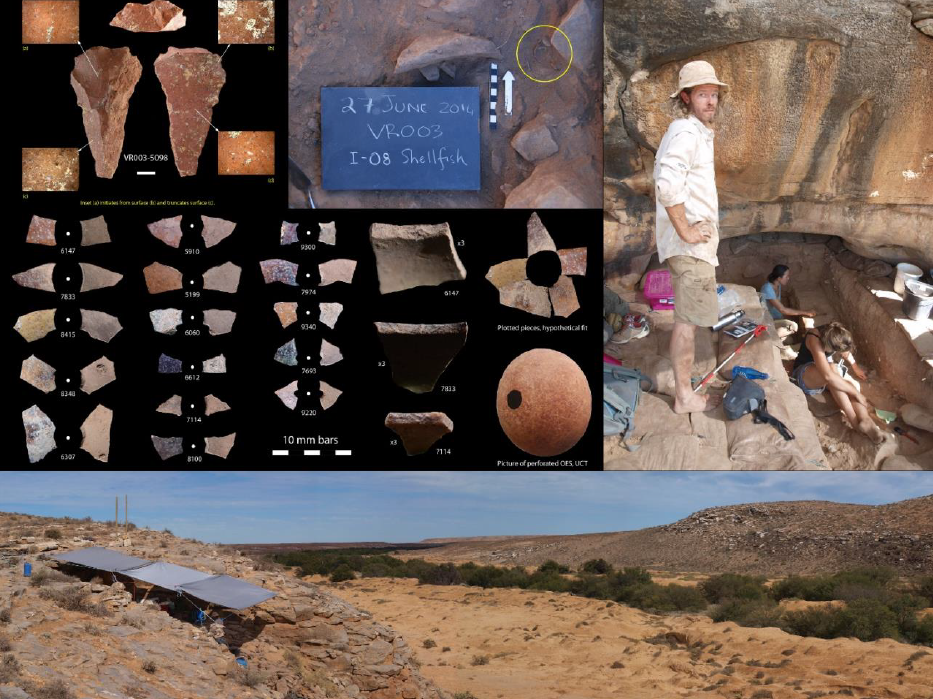 With its rich, long, and relatively well-resolved archaeological record, southern Africa remains a focus of research into the evolution of human behaviour through the late Pleistocene. The preferential accumulation of deep archives with exceptional stratigraphic detail and good organic preservation along the sub-continent’s coastal periphery has resulted in a skewed lens through which this issue is approached, one in which interior and arid regions are overlooked.

The archaeological site Varsche Rivier 003 (VR003) is located in arid southern Namaqualand, in western South Africa, and preserves a discontinuous sequence from the Neolithic to the Early Middle Stone Age. Issues with dating the sequence, combined with low sedimentation rates and a complex formation history typical of interior sites in the region, have acted to mute the significance of the some of VR003’s more interesting findings, including unusual patterns of heat treatment, the production of ostrich eggshell beads, and the likely use of water containers, all in Middle Stone Age contexts.

In this paper I will discuss our on-going work at the site, and the importance of the interior to fulsome depictions of human behavioural evolution in southern Africa.