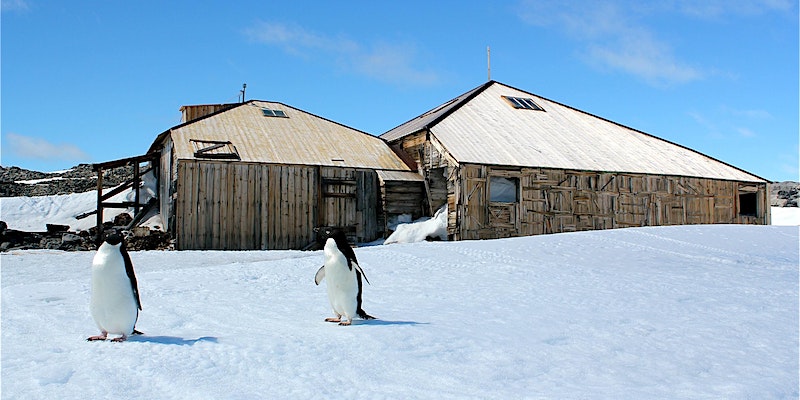 Antarctic exploration and the archaeological excavations of Mawson’s Huts

The Heroic Age of Antarctic Exploration was an era of intense and sometimes tragic exploration of the continent of Antarctica. This period of exploration began at the end of the 19th century and ended just after WWl. The most famous Australian expedition of this time was the Australasian Antarctic Expedition (AAE) of 1911 -1914 led by Dr (later Sir) Douglas Mawson. Mawson established the AAD base at Cape Denison assembling a series of prefabricated huts where they worked and lived for over two years.

After the AAD departed Cape Denison the huts slowly became entombed in snow and ice until 1996 when the Mawson Huts Foundation (a not for profit charity) was established to conserve and record the huts. Since that time, the foundation has mounted 13 expeditions to Cape Denison undertaking a series of conservation and archaeological programs.

This presentation will look at the history of the AAD and the construction of Mawson’s Cape Denison huts. It will also look at some of the unique challenges of working and undertaking archaeological excavations on the coldest continent on earth and discuss the future public visitation to this remote and unique heritage site.

Stirling Smith is an archaeologist with extensive experience working throughout Australia and overseas. He specialises in maritime archaeology, military and Polar heritage, but has also worked extensively in Aboriginal and historical archaeology. He currently works as the Senior Maritime Archaeology Officer with Heritage NSW (Department of Premier and Cabinet) and is the president of the Australasian Institute for Maritime Archaeology (AIMA)

RSVP for the in-person Event and Calendar invite on Eventbrite