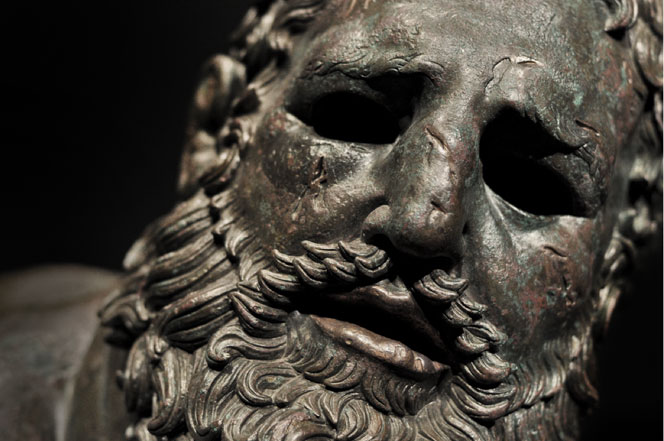 Beaten to a pulp: an investigation into the violence of ancient Greek combat sports

Violence has been a widely studied area in the ancient world, however, these investigations have been limited to warfare, political, and domestic violence. To date, there has been no in-depth study that specifically examines the inherent violence in Greek athletics. This paper comes from my current doctoral research into the violence of ancient Greek combat sports. It examines how violent the combat sports (being wrestling, boxing, and pankration) were by comparing depictions of ancient sport with modern sports science to illuminate the highly injurious nature of ancient sport. This paper will illustrate some of these injuries that has escaped the ancient record and answer the question why there was such silence on the injury of ancient athletes when athletics was such a core part of the ancient Greek culture and society.

Caitlan Smith completed her BA in Art History and BFA in Drawing at Texas State University. She went onto receive a MSc in the Hellenistic World from the University of Edinburgh and an MPhil in Ancient History from the University of St. Andrews. She is currently a doctoral candidate at the University of Western Australia working under the supervision of Dr. Lara O’Sullivan and through the funding of the Australian Government Research Training Program Scholarship. Her doctoral dissertation focuses on the investigation of violence and injury of ancient Greek combat sport athletes.