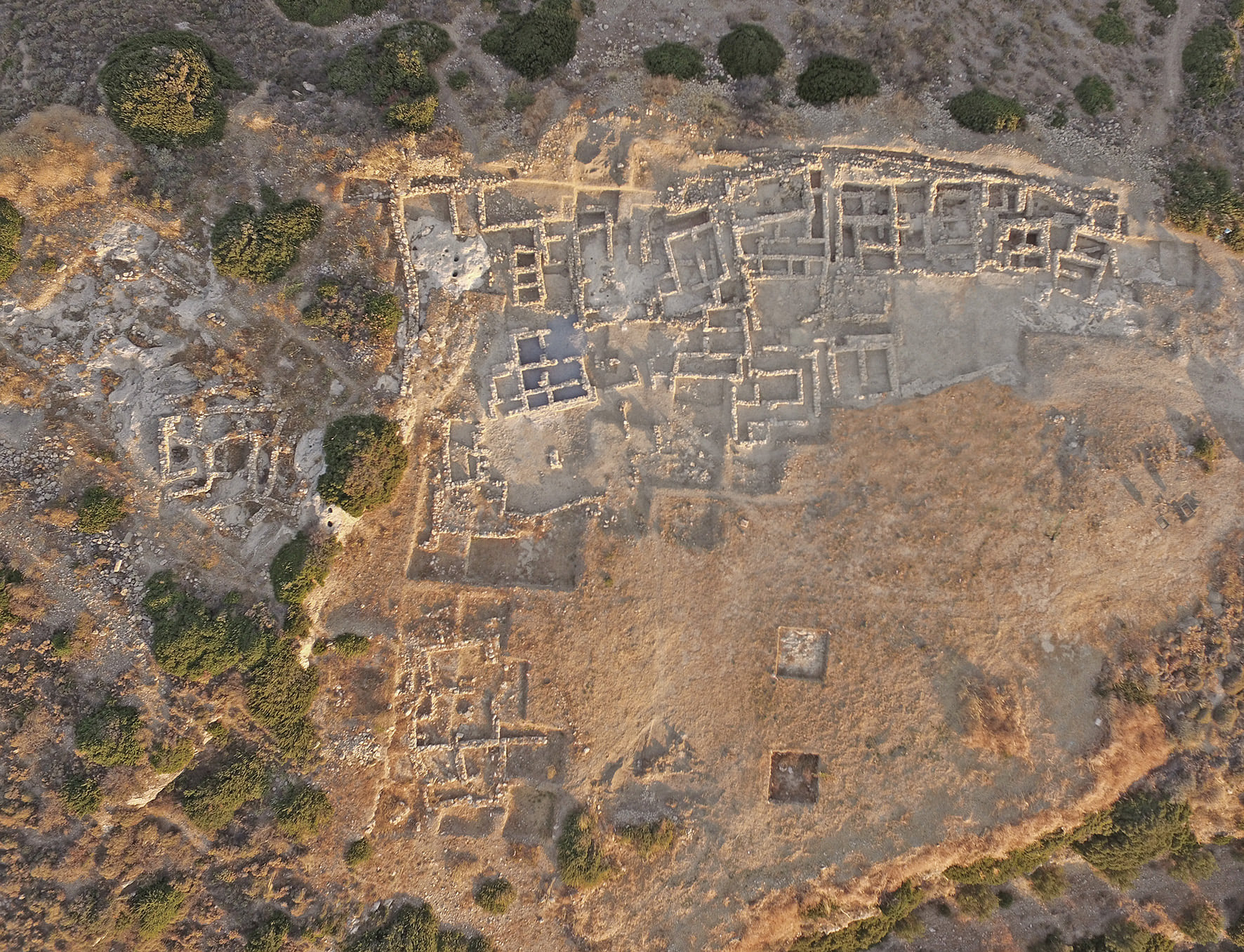 Innovative Burial Practices in a Persistent Memory Landscape: House Tomb 2 in the Pre- and Protopalatial Cemetery of Petras-Kephala, Siteia, Crete

Petras, located 2km to the east of the town of Siteia in NE Crete, is a unique monumental complex, which has been archaeologically investigated since 1985 under Dr Tsipopoulou’s direction. A Minoan palace, three settlements and two cemeteries have been excavated; revealing that human occupation in the area started in 3400 BC and continued uninterrupted until 1200 BC.
On Kephala hill an extensive, unplundered cemetery has been excavated since 2004. It is the largest Pre- and Protopalatial cemetery in Crete, covering more than 4000m2, used for 1000 years. It was used exclusively by elite families of the palatial settlement. To date 24 large house tombs with complex plans, nine burial structures and a burial rockshelter have been excavated. Precious grave goods, made mostly of imported materials (gold, silver, bronze, ivory and semi-precious stones) testify to an affluent society. Petras was a gateway for trade with the Eastern Mediterranean and the Aegean for almost two millennia to the end of the Protopalatial period, ca 1750 BC.
The Protopalatial House Tomb 2 (1850-1700 BC) is by far the most important in the whole cemetery for a variety of reasons, including its position, its architecture, the grave goods and the exclusive connection with a large ceremonial area. The history of the use of this area as an elite burial place is presented in this lecture. The first burials dated back to the third millennium BC. (Early Minoan II period) and included two primary female burials as well as secondary burials of children with a large amount of exotic grave goods made of imported materials. Above them, still before the construction of the large House Tomb 2, there were a series of primary and secondary burials, of men, women and children, also accompanied by a significant quantity of very rich grave goods. This unique chronological sequence is presented in the lecture and the reasons for the occupation of this area, measuring circa 110m2 are investigated. Registration is via Eventbrite