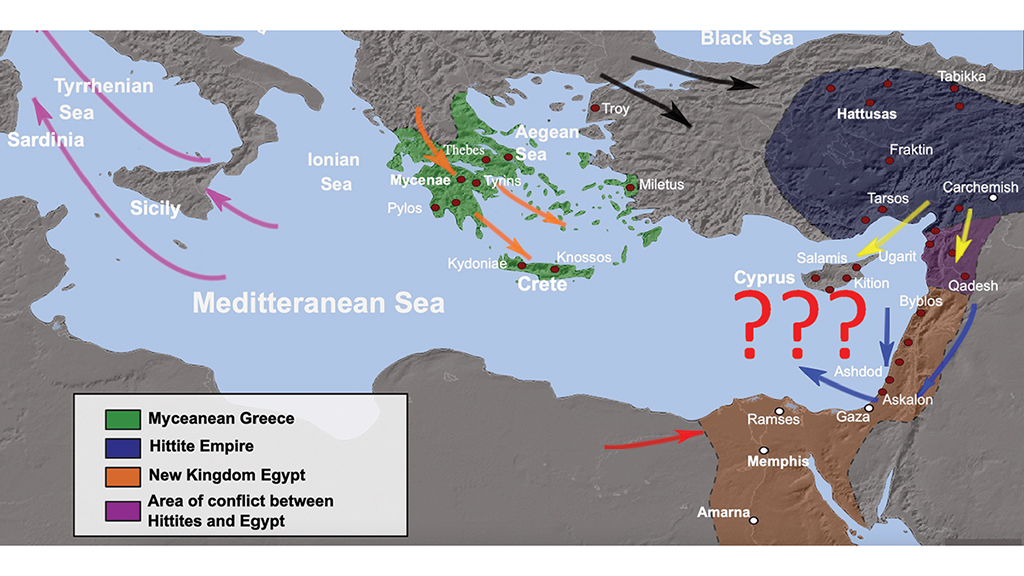 AAIA Public Lecture: Migration Narratives: Human Mobility and the End of the Bronze Age in the Eastern Mediterranean

Migration Narratives: Human Mobility and the End of the Bronze Age in the Eastern Mediterranean

Archaeologists have once again become fascinated with migrations, which are widely acknowledged as very complex phenomena. Migration results from multiple and often historically specific causes, but many proposed interpretations assume a single, typically generalised cause (e.g. climate change or other natural disaster, war or invasion, social or economic collapse). Another problem relates to the size of migrations; exact figures are difficult to determine but it is generally accepted that — in prehistoric contexts — migrations involved relatively small numbers of people.

In the case of the ‘Philistine migration’ to the eastern Mediterranean at the end of the Late Bronze Age, there seems to be little concern with such issues. Most research into that phenomenon has been inconsistent and narrow in focus, and is often contradictory or confusing. It is widely assumed that new or newly established settlements in the southern Levant were (re-)populated by migrants from the Aegean, Cyprus or Anatolia (or all three). Even if we accept some level of migration at this time, rarely do the associated studies consider just what kind of migration it was, on what scale, and how it may have differed from other, contemporary cases in the region. This talk takes a new look at the situation in the eastern Mediterranean at the end of the Bronze Age, considering types and definitions of migration as well as some of its possible archaeological correlates, in an attempt to refine how we might go about studying this phenomenon.

Registration is essential. Please click here to register via Eventbrite